Last night I created the digital image above so I could look at all 5 figure drawings together as a group.  My studio doesn’t have enough wall space for me to hang all 5 drawings together, so this digital image allows me to critique the drawings as a group. The final stage of this series will be tweaking each drawing in response to the others in order to create the dynamics I’m looking to achieve in the series overall.

When I started this series of drawings, I conceived the images as a sequence. The idea was that the first image was extremely dark and dense, packed with anguished figures. As the progression moved forward in the drawings, the anguished figures would start to diminish, become more ghost-like, until they almost disappeared altogether. Simultaneously, the single standing figure in the center of the composition would begin to emerge more with every image, becoming more solid and concrete as the sequence went along.

At first I put the 5 drawings together in a digital image in this linear sequence that I described above. However, seeing the digital image of the 5 drawings together got me questioning whether this sequence was truly representative of my intentions. These drawings are meant to represent my treatment and recovery from depression, but the more that I think about it, the process has been anything but linear. You don’t start out depressed, and then get incrementally better every day through treatment.  The process is much more complicated than that.  Even with treatment, your mood still fluctuates.  The depression comes and goes; sometimes it’s barely there, while other times it comes back full force. As a reaction to this thinking, I’ve decided to instead to mix up the images, so that the moods leap and change with every drawing. 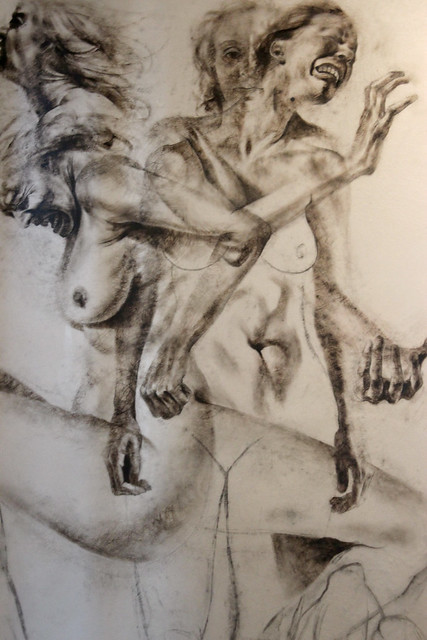 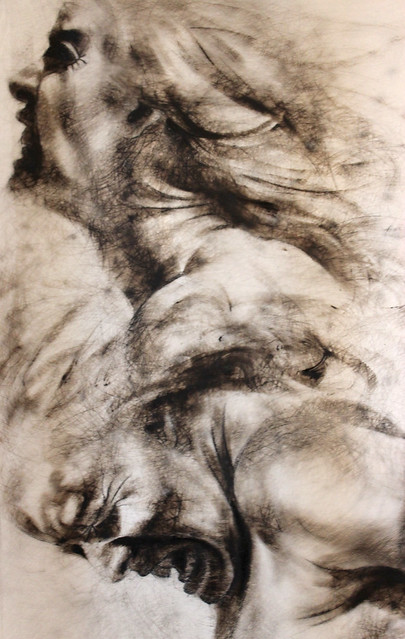 One thought on “Sequence”