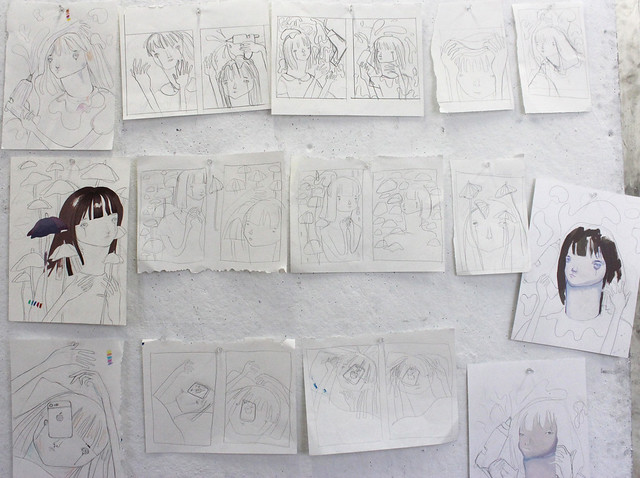 There is always a wide range of skills in the students who enter my Freshman Drawing course at RISD. Some students have never worked with charcoal before, others have a strong grasp of composition, while others struggle with gesture drawing, and so forth. For most of us, it’s easier and much more satisfying to just keep indulging in the skills we’re already good at. After all, who doesn’t enjoy success? As a contrast against that natural impulse, I encourage my students to directly confront their weaknesses in order to exercise the muscles they’ve been ignoring, or didn’t even know existed.

While every student has their weaknesses they’re working on, the one skill that none of my students seem to have across the board is brainstorming. Even strong students who have exceptional drawing skills struggle tremendously with brainstorming.   In fact, many of these students have an even tougher time because they’ve been using their drawing skills as a crutch to compensate for their lack of thinking.

Below is a video tutorial on how to brainstorm, sketch, and create a drawing from beginning to end based on our October Art Dare.

In the past, when I’ve asked individual students about what actions they are taking when brainstorming, I have to admit that I am frequently appalled by their work habits. One student told me that when he’s brainstorming he looks at Tumblr, while another student said that they listen to music and eat. I’ve watched students in my classes during work sessions literally sit in a chair, tap their fingers on the table, and quietly grumble to themselves.

Without fail, the three top brainstorming problems that I see in my students every semester are:

1) Choosing your first idea.
I am always surprised when students tell me that they are certain that their first idea is the best one. When there is literally no means of comparison, how can you be so sure? This is the equivalent of going to a buffet, tasting one dish, and then deciding to eat only that one dish for the rest of the meal. I honestly can’t remember ever going with my first idea; most of the time the first idea is cliche, obvious, and literal.

2) Staying stuck in your head.
Students frequently judge an idea in their mind, and then they eliminate that idea in their head before that idea even hits the paper. You have to literally see an idea down on paper to be able to clearly judge whether an idea has any potential. There have been so many instances where I thought that an idea was stupid, and then realized after seeing it on paper that it actually did have merit.

On the other hand, there have been many occasions where I was so convinced that an idea was great, only to discover later that the idea was no good when I saw it on paper. There’s no way to predict the outcome of an idea, and you’re just choking yourself if you never give the idea a chance to come to fruition.

3) Ending the brainstorming process prematurely.
In the second half of the semester, I shift gears with my homework assignments and give my students two weeks to work on one drawing. (prior assignments are only one week long) For many students, their first impulse is to assume that with double the time for the assignment, everything will be so much easier.

Consequently, they blow off the first week, which is supposed to be dedicated entirely on brainstorming and sketching.  Most learn the hard way that there are major consequences to doing minimal work in the first week; these students essentially double their work load in the second week of the assignment because they severely underestimated the kind of investment the brainstorming process demands.  Ideas take time to evolve, they require persistence and tenacity to fully mature. 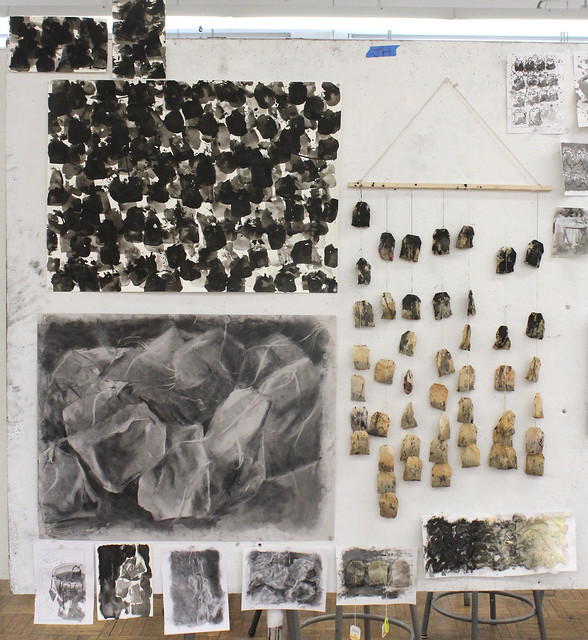 There is a common misconception that to get a good idea, it’s just a matter of waiting around to be struck by a moment of inspiration. I strongly disagree, innovative ideas don’t just magically pop out of nowhere, you have to be tenacious and push for those ideas. Brainstorming is not a passive action, you have to be aggressive to get results.

I once had a student who was having an extremely hard time coming up with an idea for an assignment where I ask students to create a drawing based on one of their routines. I exchanged several emails with her over the course of the week. In her first email, she kept insisting that she had no ideas at all.

I asked her to list routines she had, but the ones she listed were generic and vague, such as going for a walk, and sleeping. I kept telling her that the ideas were thin and boring, but she continued to reply with more routines that were again, too general. Then, after about the sixth email, she flooded her email with eight dense paragraphs, describing several routines associated with serious issues she had during adolescence. The ideas were there all along, but she had to dig deep over a period of time to unearth them. The final drawing she created for this assignment was one of her most poignant, compelling pieces of the semester. 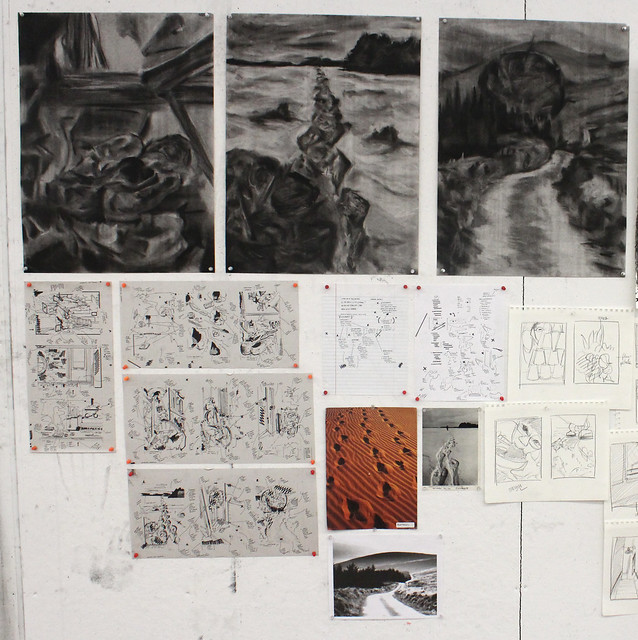 So what are the actions you need to take to effectively brainstorm?

1) Put everything on paper.
Resist the temptation to judge your ideas as you write.  Let yourself throw up on paper, and then edit your ideas later.

2) Divide your brainstorming over several days.
This allows you to return to your ideas with a fresh eye. Avoid marathon sessions.

5) Talk out your ideas with a friend.
Having to verbalize your ideas out loud to someone else will motivate you to distill your ideas in a coherent manner.

6) Turn off the Internet.
Music is fine, but otherwise, brainstorming should be: you, a piece of paper, a pencil, and your thoughts.

3 thoughts on “How to Brainstorm”