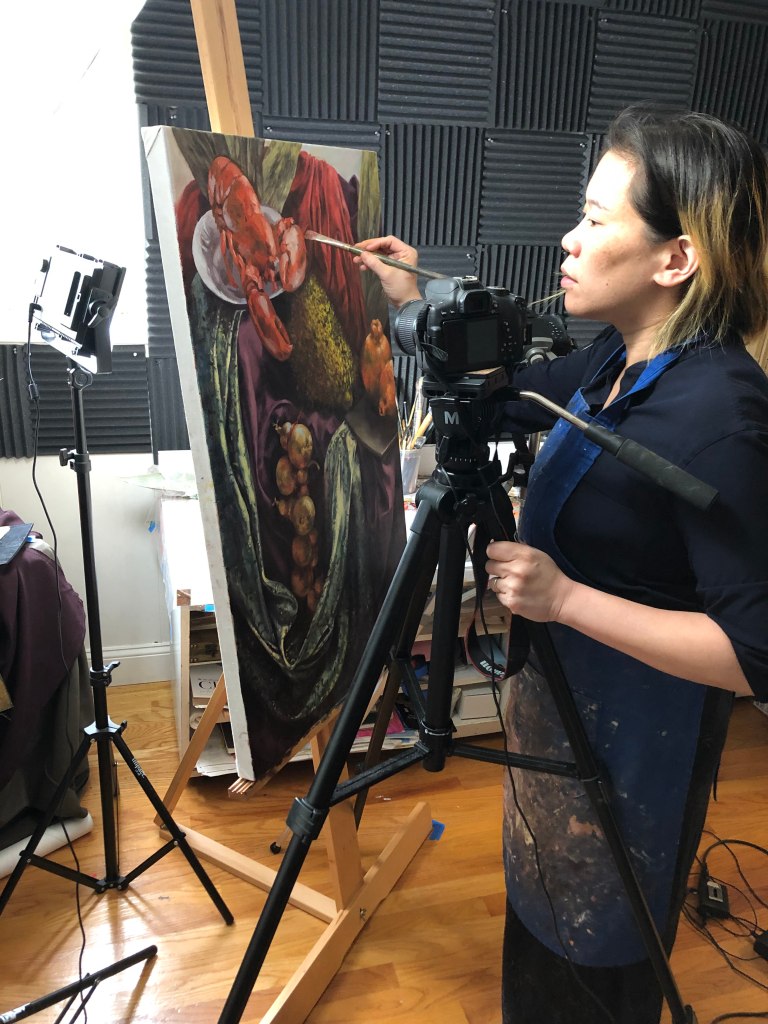 This week I finally finished the oil painting for our upcoming oil painting video course! I seriously felt like this was the oil painting that was never going to end.  Compared to other media I work in like printmaking and drawing, oil painting takes an excruciating amount of time by comparison, so the inherently slower pace of oil painting can be really hard to deal with.

This still life has been sitting in my studio since January; I never thought dismantling a still life could feel so good.  As it is my studio space is tiny, and having this mammoth still life that you had to keep still was, let’s just say, a pretty big logistical challenge.

Painting this lobster really was very exciting, in the above image is the first pass of blocking in the colors. Stressful too though, because I only had 4 days to finish it (what’s the point of buying a lobster for a still life if you don’t get to eat it when you are done?) and so there was pressure to get it finished quickly.

Out of all the still life objects I’ve ever painting, a lobster was definitely one of the most challenging and intriguing to paint. The surface of a lobster is odd; in some places there was a speckled pattern, in others it had a lavender matte tint, and then there were all those odd bumps and spikes that seemed to pop out of nowhere. 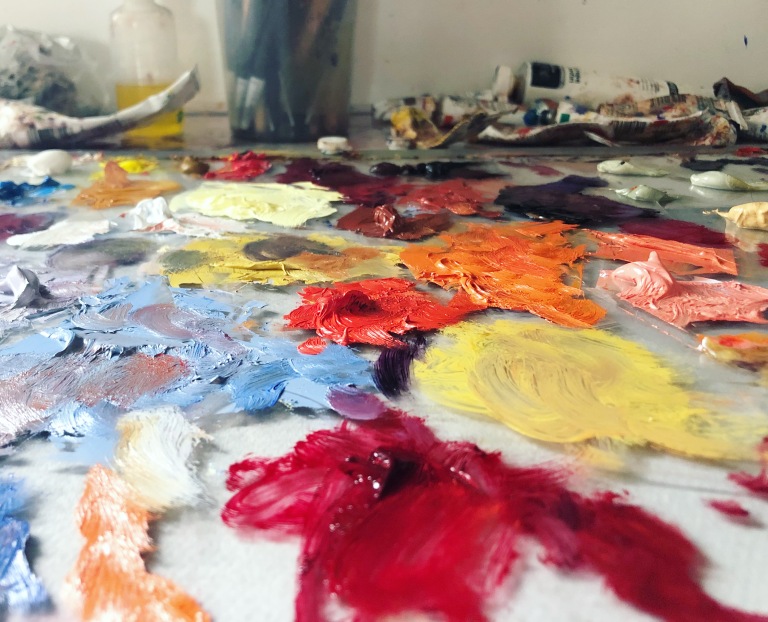 When I sat down to edit, the final (well, not quite FINAL) cut came out to two hours. Which is crazy because I still feel like I had to leave out a lot of content. Yesterday I was convinced that I was definitely done shooting, but upon revisiting the second half of the tutorial where I walk the audience through every step of painting the lobster, I saw what was missing:  my face.

Not because I’m vain, but because one aspect that bothers me about a lot of art tutorials online is that the entire video is just a person’s hands, and you never get to see the person. I can see why, it’s waaaaay more work to include footage of the person talking, but to me the result feels very impersonal and what I’ve discovered is that the presence and personality of the artist is really important for people to really connect to the video.

So it looks like I’ve got more footage to shoot, not much because most of the voice over covers what I need, but I need to insert some clips of me talking.  In my opinion, the impact of a tutorial is significantly increased if you feel like the person is there talking to you, and that doesn’t happen with imagery of hands with a voice!