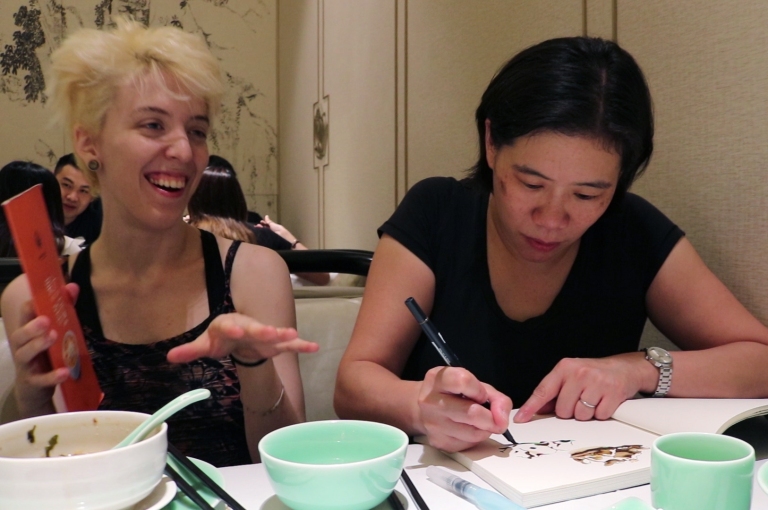 I keep in touch with a lot of my students, and it’s always fun when they get in touch with me and let me know what they’re up to. I’ve been teaching long enough that my former students are at a huge range of stages in their careers; some just graduated, several are in MFA programs, and many have been working professionally for many years now.

That also means that I tend to get many panicked phone calls from former students when they are having a crisis about their career path. A lot of students think they are the only ones struggling, and some confess that they feel embarrassed that their careers aren’t further along.  It’s easy to look at your peers on social media and assume they are living these amazing art careers.  I know from talking to so many students though that that is rarely the case, and that actually, most artists struggle with similar issues.

A former student called me last week, they had been out of art school for a few years and felt that they were at an impasse. At one point, they told me about a student who was in their class at art school whose career was taking off like a rocket. As if they weren’t struggling enough with their career, seeing someone else the same age and with the same art school degree was just adding more salt to the wound.

That’s when I confessed that I had experienced a similar situation:  a peer my age, who had a meteoric rise into the art world when they were really young. I won’t get into any details since you’ll probably be able to figure out who it is if I do, but let’s just say that my peer’s career got a boost that will never be in the cards for me. I’ll admit that when I think about this peer, it still makes me seethe with jealousy, but you have to learn to cope with it or you’ll drive yourself nuts.

One of my best coping mechanisms is figure out who my “hotlines” are. I have a “hotline” for every part of my life. I have a friend who is my “hotline” for parenting concerns, and several “hotlines” for my artistic concerns. I explained to the former student that there is no shame in asking for help, and that you cannot build an art career by yourself.  You need that support system to put things in perspective so you don’t end up self flagellating all the time.

To be clear, a “hotline” has to be someone who is much older than you. Yes, it’s great to have peers who you can talk to about your artistic practice, but it’s not the same as talking to someone who has 20 years more experience than you! That experience they have will give you the reassurance that no, you’re not crazy to feel the way you do, and that yes, there are solutions to what you’re worried about.

So if you’re struggling, find out who your art “hotline” is, and remember, it takes a village!